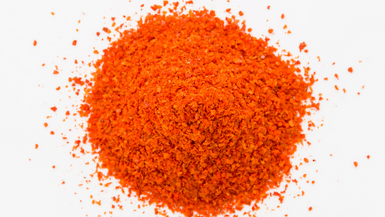 Cayenne pepper powder is a huge name in the bodybuilding and fitness world.

However, what is cayenne pepper powder and what are the benefits it can offer?

Since the dawn of time, people have already been using red pepper powder for both cooking and pharmaceutical purposes.

In cooking, cayenne adds a natural spice when added to any cuisine.

In the pharmaceutical world, as in Ayurveda, cayenne is used in different purposes, which also use different cayenne pepper powder dosages.

If you are a health enthusiast or someone who just wants to lose some weight, the section below will certainly be of great help for you.

The overall effect of cayenne depends on cayenne dosage.

How much you take really does matter when it comes to measuring how much benefit it could give you.

The Cayenne pepper powder benefits all lie with its capability to increase the human body’s metabolic rate.

When eaten, cayenne acts as a buffer that will surely fire you up from the inside.

This shooting up of the metabolic rate combined with what is known as “thermogenic effect of food”, makes a good combination to beat down body fat levels.

And, this means – a healthier way to trim off that belly fat.

When forced to cool down, the human body burns even more calories than it does when in a “heated” state.

This alone can fire up your metabolism and burn tremendous amounts of calories without you doing anything.

Forms Of Cayenne in the Market

The common forms of cayenne in the market are in powdered and capsule forms.

When you are into cooking and wants to pimp up your recipe by giving it a fiery attitude, the powdered form is what you should go after.

On the other hand, if you are one of the few who does not like spicy foods, but wants to take advantage of its health benefits, then opting for capsulated cayenne pepper powder is definitely a wiser choice.

Risks and Possible Side Effects

There are, however, some risks that accompany taking cayenne in any form.

You might be advised to lessen its intake or totally avoid it at all.

First is a hemorrhoid. The hemorrhoid is actually a blood vessel in the rectal area, which has lost its integrity. The vasodilator-effect of cayenne can worsen the condition and can make it even worse.

Second is ulcerative colitis. Cayenne and spicy foods are advised to be avoided by people who have ulcers. When taken, these foods can create a burning sensation in the stomach, which is really feels terrible.

One of the possible side effects, and possibly the most common, would be digestive inconvenience.

Since Cayenne has a spicy nature, it may cause inconvenience to the stomach because it may bring about a mild burning sensation.

It is natural and has lesser side effects compared to commercial or synthetic means.

With the right precautions, one can surely reap the benefits that it can give without suffering from any consequences.