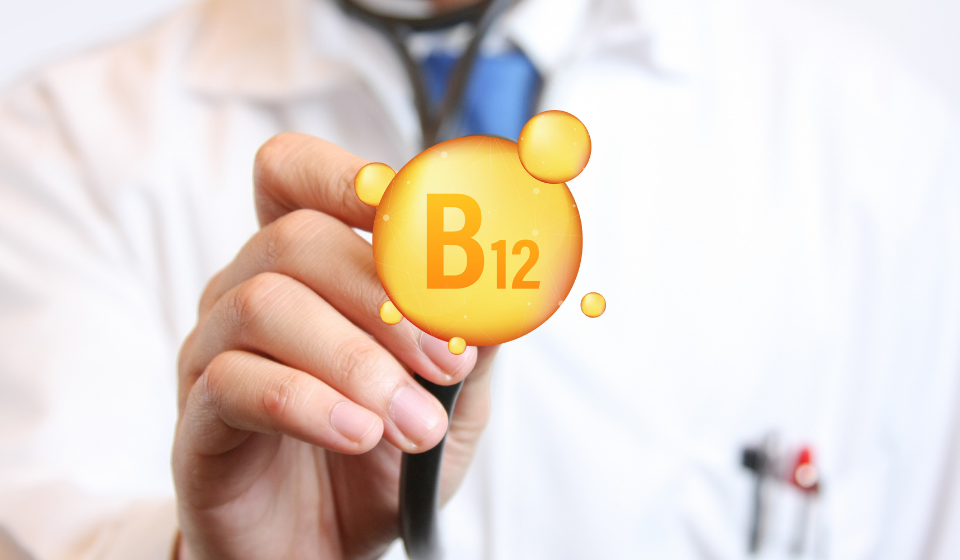 Diagnosing vitamin B12 deficiency has traditionally been based on blood testing for low levels of serum vitamin B12, blood count and the presence of clinical evidence of the deficiency.

Typically, in addition to blood test a physician will interview the patient and perform a physical exam looking for the signs associated with B12 deficiency, such as pale yellowish skin or increased heart rates.

The blood test will consist of multiple diagnostics of the blood to assess certain known indicators of B12 deficiency.

The serum vitamin B12 levels are checked to determine whether adequate B12 is present (Deficiency levels are normally less than 200 pg per mL).

The red blood cell count and appearance will be checked for normal numbers as well as normal shape of the cells.

Typically the physician will evaluate the blood’s intrinsic factor levels to determine whether pernicious anemia, a prevalent cause of B12 deficiency exists.

Intrinsic factor is a substance that is produced from cells found in the lining of the stomach and is vital for the absorption of vitamin B12 in the intestines.

Intrinsic factor levels are diminished or absent in the presence of pernicious anemia.

If anemia or red blood cell abnormalities are discovered, it is probable that additional test such as a bone marrow biopsy will be performed to rule out other possible causes.

READ : Which Vegan Foods Contain the Most Vitamin B12?

Are Traditional Methods for Diagnosing B12 Deficiency Enough?

In recent years a number of findings suggest that traditional testing methods are not enough.

Recent studies indicate that low B12 serum levels alone are not adequate for the determination of B12 deficiency and that it is a late and relatively insensitive and unspecific marker.

It has been found that in older patients some neurologic and psychiatric symptoms may present even before the blood related manifestations occur.

In a large study of patients with known B12 deficiency, 96% had elevated homocysteine levels.

Homocysteine is an amino acid that is a product of metabolism and “recycled” by vitamin B12 when adequate levels exist.

When homocysteine and Methylmalonic acid levels rise, it is considered a more reliable indicator of B12 deficiency than the actual concentration of B12 in the blood.

In another study of patients with known pernicious anemia, findings showed a rise in homocysteine levels preceded the decrease of B12 in the blood.

For this reason, it is believed that increased homocysteine levels can be early markers for more advanced tissue B12 deficiencies, and can be helpful if diagnosis is unclear.

Furthermore, testing for blood B12 levels in vegans may not be adequate, as results can be skewed if the patient is using forms of algae or plant foods that contain B12 analogues.

The B12 analogues are false B12 that can be mistaken for true B12 in blood test.

These B12 analogues may not only misrepresent B12 but also interfere with actual B12 metabolism.

In these cases, homocysteine levels in the blood are a more reliable method for determining B12 deficiency.

Another more specific testing for vegans is a methylmalonic acid test.

It is unknown how much of the population is affected by B12 deficiency, but it seems each new study suggests it is higher than the previous estimate.

Along with traditional serum vitamin B12 test, homocysteine levels should be evaluated to provide the most sensitive and specific early markers available.

Many of the symptoms of vitamin B12 deficiency may be vague and overlapping, but if left untreated can be irreversible. Therefore, early detection B12 deficiency is important.