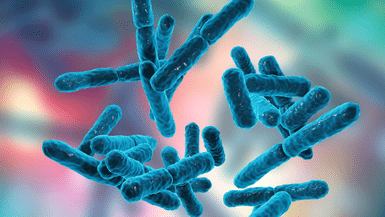 Probiotics are beneficial forms of live microorganisms (yeast and bacteria) naturally found in the digestive system.

They play a very important role in keeping the gut healthy through regulating the digestion process and stimulating the production of digestive juices and enzymes that maintain proper intestinal function.

There are several types of probiotics, each with different benefits.

These include Lactobacillus, which is found in yogurt and fermented foods, and Bifidobacterium which is less common and found in dairy products.

What Are the Best Probiotics And Probiotic Foods?

Probiotics can either be found in pill or supplement form or obtained from natural foods.

Some of the most common food products that are rich in good bacteria include:

This contains Leuconostoc mesenteroides which has the ability to increase IgA antibodies in the immune system.

The Iga antibodies are often deposited on the lining of the gut to enhance mucousal barrier function thus assist in fighting infections in the body.

Most dark chocolate contains up to four times the amount of probiotics more than what is found in other dairy products. Probiotic bacteria is normally introduced to the chocolate during processing, by using low temperatures that keep them intact.

Yogurt is one of the most familiar sources of good bacteria that keeps a healthy balance in the gut.

It contains live and active cultures of bacteria that are mixed with milk to come up with the product.

This is a traditional Japanese meal that is made from fermented soy beans.

The breakfast meal is often served with rice and is rich in proteins and vitamin K that are necessary for formation of strong bones.

Coconut kefir contains high levels of bifidus and lactobacilli bacteria as well as helpful yeast, which are known to treat digestive problems by inhibiting the growth of bad bacteria in the gut.

It also helps boost the immune system and is mostly consumed as a fermented milk drink.

Kefir can be used to make cheese, ice cream, and veggie based drinks.

When manufactured using fermentation, pickles offer great amounts of probiotics that can be used to improve intestinal function.

During fermentation, lactobacillus bacteria is usually introduced into the pickles making them a healthy source of good bacteria.

Soft fermented cheese contains certain microorganisms that can be absorbed without being broken down, making it an ideal probiotics for children and the elderly.

Since not all probiotics can survive through the gut, this makes cheese one of the best probiotics that can easily be used to boost the immune system.

Soy milk products contain both naturally-occurring probiotics as well as live cultures that are introduced during processing.

READ : Almond Milk Vs Soy Milk: Which Is Best?

Brine, a substance found in olives offers a conducive environment for probiotic cultures to thrive, making them a good source of healthy bacteria.

Probiotics contain all sorts of nutrients that help the body stay healthy, thus they can effectively be used as a remedy for weight loss.

Probiotic pills and supplements can be added to a weight loss diet to improve the outcome, by combining them with a healthy diet that is rich in fiber and low in fat.

Some of the supplements and food that contain live bacteria may also help in burning abdominal fat thus contributing to significant loss of weight.

This bacteria also interferes with the absorption of calories thus, making it impossible for calories to enter the bloodstream and build on abdominal fat.

Good bacteria is also essential for appetite control since it alters the type of foods that a person craves for.

Individuals who take a probiotic-rich diet also experience less of intestinal bacteria that is related to obesity.

Also referred to as friendly bacteria, probiotics are mostly considered to be safe for consumption since they have very little side effects, which in many cases tend to be mild and digestive.

However, just like other supplements and foods, large quantities or overuse of probiotics may result to a number of side effects including:

Live in bacteria my sometimes overcolonize the gut, resulting in an infection.

Although this occurrence may be rare, it commonly occurs in newborns and elderly people whose immune system is compromised.

As such, people whose immune system is not strong enough should take caution when taking large doses of probiotics.

Gastrointestinal problems are a common side effect of probiotics.

When large doses of probiotics are ingested they tamper with the enzyme balance of the digestive tract thus resulting in abdominal discomfort, gas, bloating and diarrhea.

These effects are usually temporary and may even go unrecognized.

READ : What to do after overeating at night

3-Overstimulation of the Immune system:

Prolonged use of probiotics may result in an increase in the white blood cell count, fever and fatigue, reactions that mostly occurs when the body is fighting infection.

Although considered to be  good’ bacteria’, probiotics may tamper with the function of the colon thus causing changes in metabolic action.

This may result into frequent bowel movement or constipation.

These changes my result in weight loss or gain, as well as malabsorption.

For reasons that are still unclear to medical researchers, continuous use of probiotic supplements may result into recurring headaches.

These are very rare and are caused by allergic reactions to some of the contents found in probiotic foodstuff such as gluten, soy or dairy.

These side effects can be reduced through decreasing the intake and staying dehydrated so as to detoxify the body in case of over-intake of the probiotics.

Besides maintaining a healthy digestive tract, several other benefits of probiotics exist and these include:

One of the major functions of healthy bacteria is to stimulate immune response, and by eating foods that are rich in such bacteria, an individual can successfully maintain a healthy immune system.

This leads to reduced numbers of upper respiratory infections.

Strains of live bacteria found in probiotic foods and supplements help in lowering cholesterol levels within the body, and inhibiting its absorption into the body via the gut, thus significantly reducing blood pressure.

They can also be used to treat Irritable bowel syndrome and help with the overall digestive system management.

Probiotics make a wonderful compliment to antibiotics in people who suffer from urinary infections, which are very common especially in women.

They can also prevent bad bacteria from invading the urinary tract system.

Women who take probiotics during pregnancy normally have reduced chances of occurrence of eczema in their infants.

READ : Is Manuka Honey The Best Choice For Eczema?

Obese people are known to have different gut bacteria than normal weighted people.

Probiotics contain Lactobacillus Reuteri, a substance that kills bacteria that is responsible for tooth decay, and reduces the harmful effects of gingivitis such as bleeding gums and foul breath.

Probiotics consumption is one of the best ways to reduce episodes of diarrhea.

Live bacteria is idea for the proper functioning of the brain since it has the potential to change the brain’s neurochemistry, treating anxiety and depression-related disorders.

Probiotic yogurt is a type of yogurt that contains an active culture of bacteria.

It is normally made through adding different kinds of bacterial cultures to milk to form lactic acid that reacts with milk protein to give it a thick texture.

A single serving of natural yogurt contains several billions of bacteria that is beneficial to the digestive system.

In probiotic yogurt, a third strain of bacteria known as L. acidophilus is added, increasing its effectiveness.

Probiotic yogurt is thus effective for maximizing digestion of nutrients in the body and is also said to improve an individual’s general mood.

Other unproven benefits of this type of yogurt include preventing cancer, allergies and infections as well as aiding in lactose intolerance.

Probiotics found in plants are readily available and easy to digest and absorb compared to those found in supplement form.

Although supplements are considered to contain high levels of useful culture, the same case applies to non-dairy foods such as cultured vegetables, coconut kefir and soy beverages.

It is thus recommended to combine both cultured as well as natural foods in one meal in order to maximize the benefits of probiotics.

READ : Is Your Sugar Vegan Friendly?