There are three main reasons why people are Vegan :  Health, environment, and animal rights.

The underlying principle of all three of these reasons (or pillars) is compassion, nonviolence – ahimsa.

The following three issues are detailed below.

There’s a plethora of information regarding the impacts of our food choices.

Whether the ailment be diabetes, cardiovascular disease or obesity, studies have linked many of our world’s leading causes of death with meat and animals products.

There is evidence that many chronic conditions may be preventable on a healthy vegan diet.

Meat and dairy production has a very harsh environmental footprint.

Many diets that are meat-centered use a lot of our world’s resources to produce, including electricity, water, and even cutting down the rain forest to make space for pastures for beef to be grown.

It takes many resources to produce one pound of meat.

Vegetables, on the other hand, have the potential to feed the world without the heavy use of our world’s natural resources.

As developing civilizations move to mimic a Western diet, economists and food planners are realizing that we do not have enough space in our world to grow the (mostly GMO) soy and corn and space to raise the cattle and other livestock to feed the world in the way that Americans and other Western civilizations currently treat and consume food.

A vegan diet uses many fewer resources and is a sustainable path for alleviating world hunger.

Animals are conscious and alive.

Every day there is senseless cruelty performed against animals.

There is no need for humans to eat animals. Factory farms are abysmal.

People are Vegan for Many Reasons

Different issues will resonate with different people for why they have chosen to eat the plant-strong diet.

Vegan diets are suitable for athletes, as well as people with lower intensity exercise routines.

Being vegan for ethical reasons will most likely lead to being 100% vegan (and not breaking it for “oh it’s just a piece of cheese”) because with an outlook that recognizes the suffering of animals you are less likely to partake in the rape, mutilation and murder of other living (animal) species’ on this planet.

That being said, many people are simply vegan because it is a smart health choice.

These kind and compassionate foods will allow anyone who eats them to be strong, with clear, focused energy and mental clarity.

Others become vegan as they recognize the importance of having a low impact eco-footprint and make the choice of being vegan for compassionate reasons – as the vegan diet does no harm to mother Earth.

Making sustainable choices will leave our world a better place for future generations. 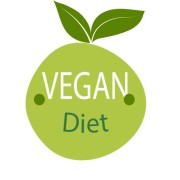 Thinking of going vegan? Here is how to become vegan step by step

Sources of Vitamin C Other Than Citrus Fruits

How To Have a Vegan Pregnancy and a Healthy Baby!

Plant Based Protein Benefits And Facts