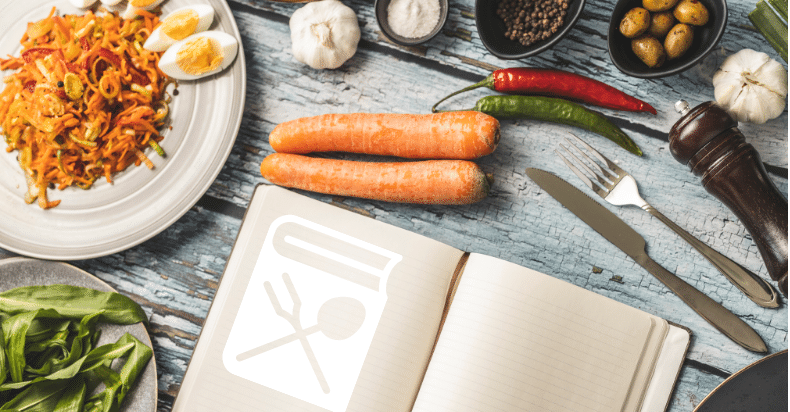 Not sure what to get your friend who’s kinda interested in eating more vegan food but doesn’t know where to get started? Grab one of these awesome vegan cookbooks.

100 Easy, Healthy Recipes That Are Ready When You Are.

In The Super Easy Vegan Slow Cooker Cookbook Toni shows you how to get your money’s worth when making vegan meals at home.

The easy-to-follow recipes in The Super Easy Vegan Slow Cooker Cookbook make it simple to enjoy healthy vegan meals that you’ll love to eat―without the fuss of using multiple pots and pans.

There’s nothing better than chucking a load of ingredients in a pan and coming back to an AWESOME meal. Easy, peasy, lemon squeezy.

With more than 200 vibrant, foolproof recipes including proper day-starters,  “cheesy”  pizza you’ll actually want to eat, filling vegetable-and-grain bowls, new dinner favorites,  appetizers, DIY staples, and the ultimate birthday cake, this vegan cookbook  has  something satisfying for everyone, the committed vegan or simply those  looking to  freshen up their cooking.

With over 125 5-star reviews America’s Test Kitchen must have done something right! This book has a little something for everyone whether fully vegan or just veggie-curious.

READ : How to Go Vegan on a Budget

In Field Roast, Chef Tommy McDonald shares fundamental techniques and tips that will enable you to make your own vegan meats at home, for everyday (sandwiches, burgers, meatloaf) to holiday (stuffed roast, anyone?), as well as recipes for using them in every meal from breakfast through dinner.

One of the hardest things for some people when making the switch to a vegetarian or vegan diet is replacing the texture of meat. This book gives a number of ethical and eco-friendly alternatives that are absolutely delicious. Katsu Curry minus the murder anyone? Pastrami on rye that isn’t evil? This book has it all.

With recipes for every meal of the day, such as Fluffy Whole Grain Pancakes, Romanesco Confetti Salad with Meyer Lemon Dressing, Roasted Eggplant and Olive Bolognese, and desserts such as Earl Grey and Vanilla Bean Tiramisu, The First Mess Cookbook is a must-have for any home cook looking to prepare nourishing plant-based meals with the best the seasons have to offer.

This delightful vegan cookbook is very strong on imagery, if you are looking for inspiring plant based recipes with wonderful imagery this is for you.

5. Matt Frazier, Stepfanie Romine, Rich Roll – The No Meat Athlete Cookbook: Whole Food, Plant-Based Recipes to Fuel Your Workouts and the Rest of Your Life

If you’re an aspiring vegan athlete or gym rat this is the recipe book for you. Homemade sports drinks, morning meals to power-up your day or basdass protein packed meals to aid recovery, this book has them all.

6. Ronen Seri – The Blossom Cookbook: Classic Favorites from the Restaurant That Pioneered a New Vegan Cuisine

Blossom has been changing the face of vegan food for more than a decade with their menus of delicious vegan meals that everyone—both vegan and omnivore—wants to eat. What began as a humble vegan restaurant in New York City quickly grew into one of the most well-known group of restaurants in the world, attracting legions of loyal diners and celebrities alike.

In The Blossom Cookbook, home cookers will learn the Blossom chefs’ secrets for preparing elegant vegan entrees like Lobster-Mushroom Crusted Tofu and Seitan Piccata with Sauteed Kale, comfort food favorites like Fettuccine with Cashew Cream and Curried Un-Chicken Salad, and even recipes for everyone’s favorite meals, brunch and dessert.

Candice and James bring the fire with this top-rated vegan cookbook. Off the back of their wildly popular youtube channel, this book is full of incredible vegan delights. Carnivore approved! Bad dad jokes included for free. Check it out.

NYC Vegan brings New York’s fabulous foods to the plant-based table. The book was written by native New Yorkers as a tribute to the city they love. From the diners and delis of Brooklyn to the traditions of Little Italy and Chinatown, the foods of New York are the foods of the world.

With family favourites like eggs benny, street foods like churros, falafel and Italian ice cream this vegan cookbook has something for everyone that likes the street cuisine of the big apple.