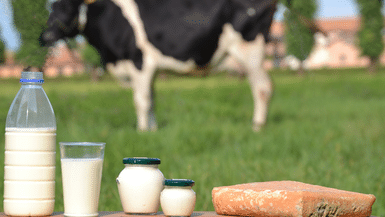 Milk and dairy has been in our culture for ages, that’s why it’s difficult to ask ourselves why we consume these products and if they are good for us?

Living in Switzerland, the land of cows, cheese and chocolate, this culture is undeniable, last weekend while walking in the city centre I saw a big stand with balloons and all, giving away glasses of milk to celebrate “Swiss milk day” so I got to wonder, why do vegan people, including myself, don’t drink milk?

Here are some answers on why vegans don’t drink milk.

The dairy industry makes a lot of money out of industrialised milk production and it’s to their advantage that we don’t know what is happening behind closed doors in the production.

Cows do not naturally produce milk all the time and they wont die if they are not milked as thought.

As any other mammal, they produce milk only after they’ve had a baby. It is breast milk for their calf.

Organic or not, dairy cows are artificially inseminated. Calves are taken away from their mother right after birth.

If the baby is male, it goes to a veal crate.

If the baby is female it’s recycled back into the dairy or beef production.

The cow is pumped with hormones to artificially increase milk production.

Machines milk the cow for as long as they can until she naturally starts to reduce her milk supply.

Then she is artificially inseminated again and it starts all over.

When she starts to lose profitability she is sent to the slaughterhouse to become meat.

A cow’s natural lifespan is about 25 years, but cows used by the dairy industry are killed after only four or five years.

READ : 10 Reasons why the meat and dairy industry is unsustainable

Cheese and dairy products contain between 2 and 2.7% of trans fat.

The problem with trans fat and saturated fat is that it increases the risk for coronary heart disease.

Another problem is the amount of toxins and pesticides they have.

Dairy products contain high amounts of animals protein and fat, which promotes obesity, other side effects of high consumption of dairy are: increase of mucus in the body, premature puberty, allergies and acne.

As kids we drink mother’s milk which is rich in lactose.

Our body produces an enzyme called lactase to digest it.

The production of this enzyme gradually decreases with maturity around the age of 5.

This makes all of us lactose intolerant to a certain point.

Only a small percentage of humans produce enough lactase throughout their life.

When we don’t produce enough enzyme the lactose is not broken down and ferments in our body, causing diarrhea, bloating, flatulence, and other gastrointestinal symptoms like gastitris and colitis.

3. Milk from another mother

Last but not least, there is not one fully grown animal on this planet that still drinks mother’s milk from its own specie, or from another one, except for humans.

Casein, the protein in dairy gets broken down in our body after consumption and casomorphins are created which have an addictive effect on you.

Casomorphins in milk function to establish a close bond between mother and child.

That maybe is why we like milk so much!

Like I said in a past blog, I keep a dairy free diet, and at my home there is no animal products, but I do not panic if when I go out to a restaurant my dish comes with a bit of dairy.