Cafe Gratitude is the first (mostly) vegan establishment in San Diego that has a lovely atmosphere and decor, and a fresh, upscale menu that doesn’t depend on faux meats or a deep fryer.

This is a place you where could go on a nice date, take a client out for a business lunch, or have your birthday dinner.

The vegan scene in San Diego has been sorely lacking this, and Cafe Gratitude could be the first step towards putting us on the (vegan) map to be in league with our sister cities of L.A. and San Francisco.

It’s a welcomed addition, although they have a few kinks to work out, they provide excellent food in a gorgeous establishment.

Speaking of the food, let’s start there. The food is exquisite, fresh and innovative.

I have no complaints on taste or quality, every single thing I’ve tried there has been delicious.

That being said, they need to work out some kinks with consistency

I was lucky to try a few bites of my friend’s “Yo Soy Feliz” Ceviche Tostada, which is one of the most creative vegan dishes I’ve ever had. It’s coconut meat ceviche, black bean puree, crispy spicy pepitas, mexican coleslaw and a roasted tomatillo sauce.

Innovation on a plate

The coconut meat is tender, delicate and flavorful, satisfying the ceviche-itch while delighting with a surprisingly successful mix of flavors.

The black bean sauce is especially genius – a flavor I wasn’t sure I wanted but one that works tremendously well and adds depth and complexity to the dish.

My absolute favorite thing that Cafe Gratitude serves is their “Liberated” Pesto Kelp Noodles. I have to strong-arm my friends and coworkers into ordering other dishes so I can try them, because I simply cannot bring myself to order anything else.

The kelp noodles are a light meal, one of those culinary miracles that manages to taste like a treat but leaves you feeling light and chipper, ready to take on the world.

Yesterday I brought a coworker here who HATES vegetables and he ate his entire plate of kelp noodles with gusto. He said it was his first vegetarian meal and he loved it.

He felt good after, unlike he usually feels after eating giant carne asada burritos or greasy hamburgers for lunch, his typical fare.

Possibly my favorite thing ever

My qualm with the Liberated dish is that it is very inconsistent with how much arugula they use.

Some days, the dish is almost entirely noodles, which is preferable because they are the star of the plate and are more filling than the wild arugula.

The reason this dish feels so indulgent, and the reason I’m willing to pay $15 for it on the reg, is because the kelp noodles mimic pasta but without all the processed carbs.

Too much arugula makes the dish feel like a salad with noodles, and that’s simply not as special, and certainly not worth $15. If I want a salad, I would choose from their outstanding salad offerings and do it up right.

Another complaint with this dish is that I’ve had the Liberated pesto kelp noodles in their L.A. location, and it was a MUCH bigger dish.

The San Diego locale offers the smallish portion you see above, elegantly balled up on a large plate.

In L.A., they come in a large shallow bowl, with far more tomatoes and olives. The L.A. portion is easily a meal, whereas the San Diego portion does not fill me up unless I have it when I’m not super hungry.

I actually plan around this now – if I know I’m going to Cafe Gratitude for lunch, I eat a large, late breakfast so that the kelp noodles satisfy me.

If you have a small appetite, they would likely be a perfect size, but for the average person, these leave you hankering for something more.

Similarly, the Awesome Eggplant Parmesan Panini is a wonder. It’s gluten-free, much to my delight, as is 90% of the menu, and insanely delicious.

However, it is not nearly enough for a standard meal. We split the eggplant panini and the kelp noodles on our first venture to Cafe Gratitude’s San Diego location, and we both had to eat something else after.

With prices this high, a person should be able to be full off an entree and not be required to order an appetizer and/or a dessert to be remotely full.

That being said, their dessert is BOMB.

This keylime pie changed my life. Made with avocados, it is so rich and creamy and luscious, but also somehow light and fluffy at the same time.

I’ve had this little gem twice and LOVED it both times. Their scones also wonderful. I’ve ordered the savory scone on a few occasions to supplement the kelp noodles, and it’s a savory salty delightful mix of sun-dried tomatoes and spinach, a perfect, buttery-tasting treat.

Oy, the service. Ok, I will admit that since I started this post, the service has gotten better. But it’s still not ideal and it is also inconsistent.

A lot of the waitstaff push the affirmation theme way too hard, and a lot of them are very condescending or just flat out unfriendly. Everyone in there seems concerned with 1) flipping tables (turnover), and 2) upselling. Customer experience, warmth, friendliness, people getting what they want and ordering how they are comfortable are all low on the list.

Management is clearly interested in profit only. I’ve worked at many restaurants, and while turnover and upselling are always priorities, there are ways to accomplish those without it being transparent to the customer and the top priority in your interaction with them.

On top of this issue, the concept of the restaurant is built around positive affirmations, so every item on the menu is a positive word, and you are supposed to order what you want by saying, “I am.” Cute idea, but enough already.

If I want to just say, “I’ll take the kelp noodles” or “I’ll have the Liberated dish,” don’t correct me by saying, “…So you ARE LIBERATED????” It is a quaint idea that they should just let be known and leave it.

Instead, the server repeats your order back to you by telling you what you are, and then the staff again tells you what you are when they serve you. It’s too much, and it’s very forced.

Also, if you have an allergy, they have a manager come talk to you about it. I made the mistake of saying I was gluten-sensitive on my first venture, and they wouldn’t let me order until a manager came by to tell me that there were only two things on the menu I couldn’t have, and verified about seven times that I wasn’t celiac.

There’s an annoying spiel they do when you sit down if you blunder into telling them you’ve never been there before.

Always say you’ve been there before. Trust me. I don’t ever want to go anywhere where an establishment’s theme gets in the way of me having a normal conversation with my companions, or gives me anxiety about ordering or asking questions.

When I’m throwing down an easy $30-40 for lunch, I do not want some pressuring me to tack on more items to my order or snarf my food down quickly to get me out of my seat.

At a certain price-point, you expect to be treated like someone who is paying a good deal more than they would be somewhere else, and part of that privilege is not being hovered over during your meal.

Cafe Gratitude is across the street from Underbelly, which has two fantastic, high-quality vegan ramen options on their menu for a lower price, and once you get your food they just leave you alone.

Go there. I say, go there and go there often. Despite all of their issues, Cafe Gratitude is a great establishment that serves amazing food. I have brought a ton of coworkers and friends here and everyone has loved it.

I’ve had plenty of visits where I’ve had no complaints, and my major complaint right now is a lack of consistency, both in the dishes and the service.

I’m nitpicking them because of their price-point: while they are not charging $50 a plate, the $13-17 they do charge (for entrees AND appetizers, desserts and smoothies tacking on an extra $8-11) is definitely enough to hold them to high standards.

The service there is not pleasant, and service anywhere should be fantastic, at any price. A recent birthday dinner for a friend was almost unbearable because our server was very unfriendly and fake, and the busboy kept trying to remove dishes from the table clearly before we were done with them, coming back several times to pick up one more.

The whole thing was a negative experience, despite the food being phenomenal. Until they make changes to the service, I would not under any circumstances have a special event dinner here. I’ll stick to coming for lunch with coworkers.

Overall, Cafe Gratitude is well worth it, and having a meal from whole food, organic ingredients that makes you moan with pleasure and leaves you feeling good outweighs their weaker points, but I do hope they work on their weaker points to become the stellar plant-based restaurant that San Diego needs. 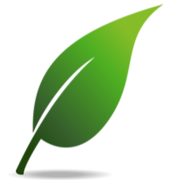 3 Egg Replacers For Baking and Cooking